Does exactly what it says on the tin. Some of the nonsense contained herein may be very loosely related to The Sisters of Mercy, but I wouldn't bet your PayPal account on it. In keeping with the internet's general theme nothing written here should be taken as Gospel: over three quarters of it is utter gibberish, and most of the forum's denizens haven't spoken to another human being face-to-face for decades. Don't worry your pretty little heads about it. Above all else, remember this: You don't have to stay forever. I will understand.
Post Reply
325 posts

I bring it up as a general issue.

I'm a political scientist by trade, trained in theory and Americanism. I'm really curious about the possible Brexit, but I admit that between my teaching and research Interests I know very little about it, and the relevant debates (though my wife is from the EU)(Teaching Cicero in the fall for what might be obvious reasons).

So: what is the best thing to look at if I want a fake account of the relevant issues? What do YOU think?
The most successful tyranny is not the one that uses force to assure uniformity but the one that removes the awareness of other possibilities, that makes it seem inconceivable that other ways are viable, that removes the sense that there is an outside.
Top

What would Brexit be for UK and EU economy- we all can read what would be possible outomes of this, with some varieties, at least in short term. I'll not speak for Britons, they know better and they can judge better, but obviously (some) Britons like to see themselves as Island that can and will stand, thrive and survive alone, independently. (But, to meet truth, that what any nationalist think about he/her country).

What I think it could be for EU, in short: a begining of the end. First step to deconctrucion of EU. Falling apart of that structure and divide onto smaller group of countries.

Some would quote: Had a sense it couldn't last / Watched the wonder wander past

But I see that it also in perspctive of rise-again nationalisms, in the most primitive meaning of that term, what currently seems to be common in the world; that would be a fuel for that fire. We all know where it could end. Still, no suprise, but it was nice that over 70 yrs Europe was almost free from internal wars.
Last edited by Bartek on 13 Jun 2016, 07:36, edited 2 times in total.
Sie sehen mein Herz am rechten Fleck/Doch sehe ich dann nach unten weg/Da schlägt es links
Top

fuck BREXIT. i'm bloody-minded enough to want to stay simply because the majority of people who want us to leave are UTTER CUNTS.
#WeOnlyHateMancs

I like being part of one big happy family.
AND I agree with Lee.

Getting a good account is going to be a toughie.
I read dozens of news outlets every day & opinion swings wildly, depending on (as far as I can tell) region.
I'd suggest an apolitical news outlet, but those seem to be as rare as rocking horse poop these days.
I do tend to read the Grauniad more than others. They tend to have opinion on both sides of the argument.
Deffo don't go near the Daily Fail though!
I was in the UK the week before last & was quite shocked at how some wanted out. Their arguments all seemed to be based on testimony from "bloke in a pub" or The Sun.
As a Brit abroad (in Hungary) I don't get a vote, but I very much hope the remain camp wins.
I like the freedom of being an EU citizen.
Cheers.
Steve
Just like the old days
TheCureCommunity

...and that one statement should be the tagline of the 'stay' campaign.

...and that one statement should be the tagline of the 'stay' campaign.

Over our way (Northern Ireland) Europe has been good for us, not least in financial terms and nobody really believes that the saving we'd supposedly make if the UK left Europe would really come back to us. Especially us in the arts. Likewise though I'm freelance so have absolutely no job protection from anyone I want Europe to keep Boris and Co (not to mention Cameron) in check with at least a few workers rights. Though the usual loons, racists and DUP-types are for Brexit it's disappointing though not surprising that (over here at least) the hard left also back Brexit and are willing to sacrifice us to the mercy of Iain Duncan Smith and Nigel Farage because of some commitment to world revolution than to facing reality. Europe is far from perfect but I'd rather have it protecting us (a bit) than the Brexit crew given their way.
The Chancer Corporation
Top

This is all quite interesting - thank you! Here in the US, there's definitely been a resurgence of nationalism as well. I think that's really what we were looking at in the Republican and Democratic primaries - globalists (i.e., Hillary Clinton, the Republican establishment) vs. nationalists (Trump, Sanders).
The most successful tyranny is not the one that uses force to assure uniformity but the one that removes the awareness of other possibilities, that makes it seem inconceivable that other ways are viable, that removes the sense that there is an outside.
Top

Been watching the developments there too.
I long since gave up on reading about it in the fark politics tab though. It is a scary place & a bit flamey

There is so much BS being spouted by both sides of the EU referendum it gets hard to cut through it. What's more worrying (i think) is the impact social media is having on the electorate.
It's rather ironic that a society that readily embraces globalism in terms of the WWW is so quick to shun it in real life.
If the leave camp were told they'd not be able to connect to other European websites if they won, they'd soon change their tune

You pretty much nailed it here
Top

I have yet to meet a decent one, the wanker that came to the door started swearing at me and calling me a traitor for being a pro european. Anyhow my postal vote is in and I am scared we will f**k it up and leave.
The illiterate of the future will not be the man who cannot read the alphabet, but the one who cannot take a photograph. - Walter Benjamin
Driver powered by Cigarettes, Caffeine and Vitriol
Top

I will use a monty python animation to comment on this, if you allow me.

and add: while you can

Always a bit interesting to see that the UK left(?) apparently sees the EU as some kind of counterweight against global market forces, whereas the left in the rest of Europe is more likely to see it as a tool for such forces. I'm inclined to believe the latter view, or what iesus says. I'm an entrepreneur myself and wouldn't exactly call myself a leftist, but really, need I say more than TTIP? Strong united European position on that one, for example? No I don't think so.[/b]
Top

Most of the arguments I've seen online from people who want to leave have been from people who are only concerned with immigration and don't seem to care about the bigger picture as long as they can "leave and have less immigration".

Other peoples arguments for leaving revolve around human rights... except the European Convention Of Human Rights has nothing to do with the EU. Iceland and Russia are members, for example.

Other people talk about "taking back control". And that's my reason for wanting to stay. Our MP's are incompetent and corrupt. I don't want them to have more control because they'll muck things up.
Top

Unfortunately, freedom is relative in the EU and getting daily more depending on one's account.

Still, given the all over right-wing and nationalist tendencies not only in Europe, it might take a bit longer
that things aggrevate further in nasty directions with the EU than without it. If Britain should leave that
will accelerate the process of increasing nationalism everywhere, not only but also within the EU.

Apart from that I'm so glad that Britain is a member of the EU. British civil society is so much bolder than
what we have here in Germany. It makes me wonder how comes that people think about Brexit and are
willing to act towards/against that issue much more than with regard to austerity ...
Top

Lee has it.
I just can't keep living on dreams no more
Top

Vote Lee.
We forgive as we forget
As the day is long.
Top

Being645 wrote:It makes me wonder how comes that people think about Brexit and are
willing to act towards/against that issue much more than with regard to austerity ...

AFIK, it was started by politics and it's runed by politics. People have as much for that as to be lure by one or other part and vote.
Sie sehen mein Herz am rechten Fleck/Doch sehe ich dann nach unten weg/Da schlägt es links
Top 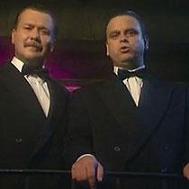 Most of those campaigning to leave the EU appear to be on the right in politics generally, and many of them wish to see the dismantling of the NHS, so their suggestion that the money 'saved' by leaving would go into improving the NHS is a blatant lie. The EU has many problems, it is geared towards businesses, it may be too big, the Euro clearly has problems, BUT it is far more progressive that the UK has generally been, has much better employment rights and environmental safeguards for example than we would otherwise have - this is in part the reason why the majority on the right wish us to leave.

I for one wish us to stay.
Is this the place I used to know as Fatherland?
Top

I'm not necessarily sure the majority are; just the most vocal ones.
Any more of that and we'll be round your front door with the quick-setting whitewash and the shaved monkey.
Top

Can you name a 'leave' spokesperson/figurehead/cheerleader who isn 't a massive c**t?
@stuczu
Top

Can you name a 'remain' who isn't a massive c**t either?

There's cameron, osborne, blair, brown, hunt, mandelson, kinnock just for starters who are all top of the c**t league
Top

Can you name a 'remain' who isn't a massive c**t either?

There's cameron, osborne, blair, brown, hunt, mandelson, kinnock just for starters who are all top of the c**t league

You're going to struggle if you restrict yourself to just professional politicians, they all contain the gene to a degree. I believe anyone is allowed to voice an opinion?

10 minutes before you posted, JK Rowling was RTd into my timeline with

"I don't want to leave a union that has brought more peace and stability to the region than it has ever known #Remain ".

She's always seemed to be a good egg to me. My point was I've not seen any 'leave' campaigners who aren't extremely objectionable..
@stuczu
Top
Post Reply
325 posts