well in fact nobody no nothing about this gig

here something from istanbul, at least we know now they play "ribbons" there

Hopefully we'll get a shiny new bootleg out of this

Istanbul had a great sound setup, then? Only the fog was missing..

Damn right! Wonder if those were taken from a telly broadcast?
Trigonometry. It's a sin.
Top

was there one?
Top

more new, this is the message i get from the guy who share the small videos

"I dont know the complete setlist, some the songs played were
first and last and always, detonation boulevard, mother russia, vision thing, lucretia and temple of love.

Their performance was good."
Top

Thanks siterstekland for letting us know.

Did he tell the source of the videos?
Top

TheBoyNextDoor wrote: Did he tell the source of the videos?

TheBoyNextDoor wrote: Did he tell the source of the videos?

Probably.. I thought maybe, just maybe.. there was a television recording or something compressed very badly.

The sound is great!

well, i still not believe that we don't have full info, any revieuw, any pics.

must be somewhere on the web so i keep looking...

sisterstekland wrote:well, i still not believe that we don't have full info, any revieuw, any pics.

must be somewhere on the web so i keep looking...

Nothing about the setlist on Dominion?
"as we walk on the floodland"
Top

Dominion is allmost dead silent over the last weeks. Mainly Mark tries to explain Annika how the lifes of lemmings work..
(Jeez, luv. There are books about that..)
No comments or reviews, the same on poison door. Did they all get imprisoned?
"Vee sÃ¼spect yÃ¼Ã¼ to be a vonatic! YÃ¼Ã¼ are arrested!"

eotunun wrote:Dominion is allmost dead silent over the last weeks. Mainly Mark tries to explain Annika how the lifes of lemmings work..
(Jeez, luv. There are books about that..)

That went down well, n'est-ce pas? 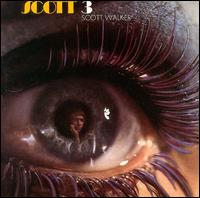 eotunun wrote:Dominion is allmost dead silent over the last weeks.

dunno if already mentioned, but some peeps at lastfm said it was awesome... (scroll to see the reactions)

dinky daisy wrote:dunno if already mentioned, but some peeps at lastfm said it was awesome... (scroll to see the reactions)

I already posted to ask if they'd come here, guess I'll ask them personally if they can give some more info!
Styles are a lie.

did you know that this list had a sisters fan living in istanbul and
longing to see them every time any gig was mentioned.
i had lost any hope of seeing the band live on stage until last month, i
heard they were actually coming!!
well, here i am, still trying to recover from the excitement of actually
seeing the sisters of mercy after all these years.

i'm sure you're after the juicy details. well let me give you some...

as you may well know, sisters played in a festival called rock'n'coke,
sponsored by coca cola. generally speaking, it is an occiasion
frequented by today's youth and that is to say the people that have
participated had no clue (if not little) on what sisters was all about.
the year before (2005) the organization sent mails to selected target
audience for the first time, asking them to fill a questionnaire about
the bands they wanted to see. there was a slot in which to insert the
name of a band that wasn't listed and i took the opportunity to mention
sisters there. this year, sisters was among the bands that were
questionned and that was the first sign that maybe, the dream would be
real.

this said, you can imagine that normally, rock'n'coke guests consist of
"popular" bands such as korn, placebo, the cure, bush, etc along with
many turkish rock bands and even 50 cent (last year!). going there, i
knew i was going to be alone in terms of involvement with the sisters,
and i wasn't wrong. sisters played in the second day of the festival,
they even got on stage in daylight. editors and placebo were to appear
after them so what remained of the festival crowd was mainly placebo
fans!

what did they play? well they played a good bunch of the new songs,
including we are the same suzanne.
from the oldies they played alice, detonation boulevard, ribbons (yay!),
vision thing, first and last and always, lucretia, dominion/mother
russia and temple of love as the goodbye song (this is more familiar for
the turkish crowd as this song was used in a turkish director's movie:
gegen die wand, in the most attentive scene). interesting thing: they
cut short most of the songs, i'm not sure if it's because of the lack of
time or support

i -literally- lost it the moment they appeared on stage, so i'm not 100%
sure whether it was a good performance or not, as i can't judge
objectively after all these years of waiting, but some of the people i
spoke to said it was the best performance of rock'n'coke. it was
definitely excellent as far as i remember. maybe they could use a bit of
excitement and cheering from the audience, but as i said this did not
happen! i myself, gave them all the support i could just in front of the
scene, with my merciful release t-shirt, lyrics-shouting and everything.
i felt like a die-hard fan at my 30s again so thanks if you're reading
this..
2019: Doctor music- Hamburg- Vilar de Mouro-London x2 - Brussels x 2- Stockholm- Gothenburg- Paris
Top

but some of the people i spoke to said it was the best performance of rock'n'coke.

One drum machine to rule them all...
Top

And a number of "

`s" to our upright fellow-Dominionite for the report and the lonesome support!
I actually didnÂ´t receive this mail.. How can this be?
There is shadow under this red rock
Top

Thanks for adding the review!