The Sisters of Mercy Forum
https://myheartland.co.uk/

by alanm
Well since we're getting amateur. One of my lockdown projects was learning to use a DAW.

Among other things it resulted in this act of musical thuggery:

by Pista
There was a While We're Waiting.. thread some years back.
Raf's version of Summer was outstanding.
Someone described it as "so heavy you couldn't lift it off the turntable"

This is alright , should be rowdier tho

That's a very blatant attempt to imitate the Pogues (at least until the heavy guitar comes in)! So yes, should definitely be rowdier. The vocalist is doing his best Shane MacGowan impersonation, and it's... kind of annoying, actually.


LyanvisAberrant wrote: ↑
30 Apr 2021, 10:16
Sisters covers require originality.
Nobody should ever listen to my cover of giving ground. But I'm pretty proud of my version of Summer, as the best attempt two 16 year olds could do.


I quite like the vocal on this, actually. Is that you?


Covers of Sisters' songs tend to be dreadful, but I quite like this one.

Yeah, this one is very good. I've heard it before, so presumably you posted it here before.


cant work out how i feel about this one tbh

I think that's my view. It's unique though, and it's not unique for being bad like a lot of Sisters' covers. I've heard much worse.


I'm actually listening to some of his other stuff and really quite enjoying it. He's got two EP's up on Bandcamp, but there's a lot more posted on youtube.

by dinky daisy
Actually, it's always alarming when bands mention sisters as their influence in a bio or so. It's always about the sunglasses, baritone voice, bla bla. Never a good sign.

by Swinnow
I get what you mean totally. Any fule kno it was all about the gaily coloured shirts and the very tight trousers. 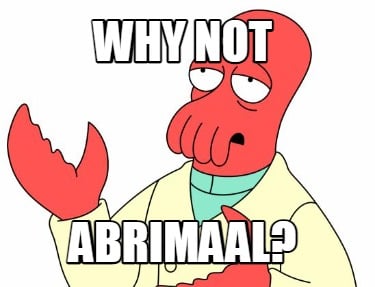 by DJElectricDaddy
Can I play?

The covers I listen to regularly are the KissKass remixes. Some are pants but a lot are very enjoyable

Then there are these

Yeah these fall under the hateful ‘straight’ cover song. Other than synth bass and some thick pad sounds I kept pretty true to the originals. Hate if you must. As for the baritone, can’t do anything about that that. That’s what I was born with. Lots of songs I’d like to cover but I don’t have the range. Sisters covers make sense.

Thinks that funny? I’m finishing up a cover of Damage Done. Obviously that’s nothing like the original. And on that I’ll leave you alone again

by eastmidswhizzkid
A proper and decent tribute to The Sisters would be to LISTEN to them instead of ruining their songs. By all means pay "homage" to them in the privacy of your own ... "homagery" ...after all we are all consenting adults aren't we ? i'm sure - but like all onanistic deviancy better not done in public eh? YOU dont murder my faves and thrust them upon mine ears and i wont wank on your front lawn.

EDIT: before any fucker says it, that includes Lamb Chop -in fact Lamb Chop MOST OF ALL!

by eastmidswhizzkid
there was a Leicester band called "Grumble Grinder" who released a 12" single with a cover of Lucretia on it. The bands varied line-ups members over the years are all -to differing degrees- of my aquaintance/friendship.
To date i have acquired and snapped in half at least 6 copies of this record (the last one in front of my good friend Paul who had just searched through his belongings for a copy under the mistaken notion that after i had snapped a couple years back i had now repented and would really love a copy...oops! SNAP!)

by million voices
I partly agree. The covers of Sisters songs that have had a studio release I think are largely redundant.
However, covers of unreleased I do like. They give me some very small idea of what a studio version could sound like and, to quote Sun Tsu, "Owt is better than nowt".

by alanm
Personally I quite like many of the TSOM covers, and cover songs in general, as long as they bring along something new.
Like Tori Amos covering Smells Like Teen Spirit, you gotta do something the audience and original performer didn't imagine.
As indeed the covers of other bands the Sisters themselves recorded do.

by Kutan
I really liked the Paradise Lost version of Walk Away when it came out in 1995. Even more than the original, tbh (maybe because to me it was always one of the weaker songs on FALAA that could use a little more heavy guitar and Hetfield shouting

Sisters covers in general are problematic. Most of the times it's indeed dodgy darklings that want to cash in on the image. And if not, they may fail miserably nevertheless: the Marian cover by Poesie Noire was abysmal.
https://www.youtube.com/watch?v=saWBM-S_FS4

Regarding this particular compilation: all the names that one knows recorded their Sisters covers at least 20 years ago:
Paradise Lost: 1995
In Extremo: 1999
Kreator: 1998
Cradle Of Filth: 2001

by Silver_Owl
Just NO to all of them.

by Nonesuch
I’ve been in a couple of bands that have totally trashed Walk Away, Alice and possibly Some Kind of Stranger…

And I’ve seen a few bands attempt cover versions too with varying degrees of success. I played a gig at the Charlotte in Leicester in the early 1990s where one of the other bands did a version of Body Electric I seem to remember, that seemed like a lot of fun. Amphetamine Trash they might’ve been called.

To be honest I think it’s the vocals that are the hardest thing to reinterpret. Although those Lymon Willis versions are really great, I’d never heard those until this week.

by czuczu
I'd like to hear some proper metal covers with operatic vocals, Belladonna era Anthrax stylee.
All times are UTC+01:00
Page 2 of 2