No tickets yet.
Neither at CitibankHall nor Funchal.
We will must wait till january 7th.
Top

Got my ticket already. Will scan it by night to post here.
Top

Translation:
The Sisters of Mercy , who 'll play in june 6th at Via Funchal in SÃ£o Paulo, accidentaly said some musics who 'l be played live. Like Alice, Marian, Never land, Lucretia, Corrossion Ribbons.

During the Apresentation of the britishs musicians of the Sisters of Mercy in sÃ£o paulo, the band fans who'll meet the work of 'Libra'(Support band).After play in many Metal Bands playing guitar, bass, drum, Libra stars in 2003 to write and record, prdouce and mix sounds your own solo album.

Is anyone going to the "100 people only special gig" two days before that one?
Introducing....Gothzilla?!?
Top

Guedzilla wrote:Is anyone going to the "100 people only special gig" two days before that one?

Eva i guess, and i was readin' about it, it's 100 people and some others guests.
Project Personal Dok
Hardware: 100% (Single Hackintosh)
AU: 90%
Software: 90%
The Final Floorshow - My Own Sisters T-Shirt Shop
Top

I spent some day really worried about deciding to which concert I should go, but I ended up choosing the full-gig over the 100 people party.
I've heard they would play 30min max at the VIP concert... sure, there's probably better chances to meet them afterwards, etc, but I just can't afford going to both right now (or risking paying R$150 to see them play 6 songs).

It's just rumours about them playing round 30 mins though... nothing confirmed!

Guedzilla wrote:It's just rumours about them playing round 30 mins though... nothing confirmed! 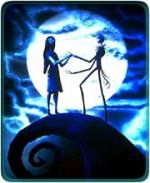 I planned to go back in 2006 but it didn't work, now I have the tickets in my hands. Will be there Staurday night.
Top

Here is the flyer.

that's not a good idea. but if you need to or want to.
Sie sehen mein Herz am rechten Fleck/Doch sehe ich dann nach unten weg/Da schlägt es links
Top 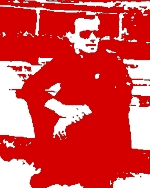 South amercan audiences are the best!!! (& they love cellphones...)
There have been better plans
But none that I could ever understand...
Top

South amercan audiences are the best!!! (& they love cellphones...)

nice sound indeed, let's hope to see some flacs around

I know you guys have been to hundreds of shows... but I can't prevent myself from writing my account from yesterday's show in SÃ£o Paulo.

I've been to their previous 3 shows in SÃ£o Paulo so far - the one in 1990, the other in 2006, the one in Manifesto (as soon as I upload it to some flicker thing I'll post the links - I was frightening close!) ... I've been to some other shows in my life... but I have never seen such an incredible thing as yesterday! Eldritch stepped up on stage shinning....emanating some sort of happiness which is difficult to describe... he was in such a mood....he knew it would be something special. He sang with fierce in his... er... glasses!

The setlist was quite the same as in Porto Alegre - posted in that thread - but sang with... energy - not having a better word to describe it, again! The audience was taken aback, in pure reverence. The songs were almost all heavily accompanied by the our chorus, having Andrew saying after "Giving ground" that " I'm very glad for this".

The sound was very good indeed; Eldritch's voice and performance was excellent - as was the performance of Chris and Ben.

As soon as I come back to earth I'll upload the links for pictures & stuff. By now, the only thing I can say is: IREALLYLOVEYOU!

Ah... by the way, I don't know who may read it but I just want to say it to someone in special: I know why you didn't come - and I take it as a sign that you care.
"For want of a rider the battle was lost."
Top

Nada, first-hand reviews are fantastic for those of us who couldn't be there.Thank you ,thank you!
Top