Thanks for the setlist and report, schmerch! And welcome!

Thanks for the reviews!

@ Kati: Glad you had a great time! 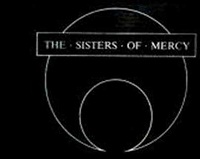 Thanks for the info. so Far Parade will be for the next tour?
Top

242headhunter wrote:Thanks for the info. so Far Parade will be for the next tour?

For the new record...

Just got back online.
Thanks to sziamiau for the company. Cool chick, who now owns a new Sisters hoodie.

Was great to meet you & have a great time on your new adventures in Holland/ Belgium, or wherever it takes you.

Well, after reading all the sh!tstorms about sound mixes, illnesses & general poor quality, I was a little apprehensive about this show.
Would it be the "final nail"
The answer was (I'm glad to say) a resounding NO!!!.
I was stood just in front of the mixing desk (just in case someone chimes in with, "it sounded pooh".)
From the moment Von open his mouth, I opened mine & I think it was prolly open for the whole of the rest of the show.
He was "there"!
Every scream was coming from him, from start to finish & even the quieter bits were perfectly audible.
I am waiting to see that version of Alice on yoochoob, as that should be a testament to just how good the sound & the voice was.
At one point, I was a little scared that he was overdoing it too early & that it would peeter out towards mid set. But no. It just kept coming & coming.
FLAA alwyas rocks, but last night it took on a new energy I'd not felt for many years (even though the intro is still not played properly).
Corrosion is to the Sisters, what Killing An Arab is to the Cure (yes, I had to get that word in huh

) & the audience went bonkers.
The word "sing!" just ripped through the crowd, as if issued from a large anti aircraft gun.
Romeo Down featured some true Eldo blood chilling screams & at one stage, he evenn appeared to be pointing at himself, nodding, as if to say, "yes, I can still do it folks".My only regret last night was that Floorshow didn't get an outing. Although I don't like this 2009 version, I really wanted to hear it with this "new found voice".
The bass was seismic & I half expected to come out & see loads of dead fish floating on the top of the Danube

One outstanding track (if I have to pick one) was Flood I.
Truly scary & one of the best performances of that song I think I've ever witnessed.
& that main thing to take away from last night is that everyone enjoyed themselves. The band looked in good spirits & the crowd returned the energy that was being dished out.....in spades!

I think even James would have enjoyed this one.

Shame we couldn't hook up with _emma_ & blueness. Hope you had a great night & got back home in 1 piece.
Cheers.
Steve
Just like the old days
TheCureCommunity

Thanks for the feedback. Good to hear, seems that they are really back!
Sexkontakt in http://www.datewelt.info/sex-kontakte/ WÃ¼rttemberg sofort und ohne Umwege mit geilen Hobbyhuren genieÃŸen. Melde dich jetzt kostenfrei an.
Top

Thanks for the review.
Top


Not the best quality, but what do you expect from a cameraphone?

edit:
Listen to Ribbons & tell me you can't hear Von.

(and yes, i can hear him

edit - is it me or is the crowd a bit too, umm..., stationary? i can understand standing there like a tree when a gig is crap, but surely not when the band are doing such a stonking job? 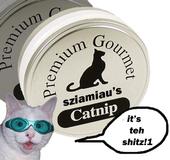 It was great meeting you Steve, hope the way home wasn't too tiring. We did have a couple of good laughs, didn't we? Blueness I hope you got home okay too bad we couldn't meet.

@Ozpat..thanks! I did make it to at least one gig

If you happen to be in Maastricht on Thursday or over the weekend I'll probably run into you.
Top

right..well check with that slightly disoriented person on the banks of the Danube..I am sure his vocabulary improved a lot

btw what was that thingie coming out of the ceiling after all?
Top

Pista wrote:Shame we couldn't hook up with _emma_ & blueness. Hope you had a great night & got back home in 1 piece.

Shame indeed, well I spent a really long time sitting on those stone steps on the bank of Danube and I was alone.
Anyway -I'm just back home in 1 piece and I badly need my bathroom.

Yes, it was a great gig, absolutely!

Emma we were actually staring at girls trying to guess which one you might be. next time get your cell# to us so we can find you.

It's indeed a shame we didn't meet.
Top

Pista wrote:I think even James would have enjoyed this one.

Now that would be something to write home about.

Excellent review - thanks! And for the vids as well!

wow, these are the some of the very best HQ-photos of the Sisters I've seen ...

I am enjoying, very much so. Awesome work! 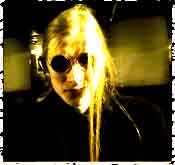 Great-great-great vids and photos. Thank you for that. It seems that the recent show was absolutely amazing.
Top

OK, i'm convinced. But Von should get rid of these racing bike shades and go back to the cool ones.
guns & cars & accidents
Top

_emma_ wrote:I spent a really long time sitting on those stone steps on the bank of Danube and I was alone.

Well, I was standing there some time ago after hearing the gig would not happen. Too bad I could not make it back to Budapest this week again...