how do you rate this tour??

I was in Leeds(2 nights) and Luxemburg and I think the 3 of them was brilliant, Luxemburg was a quiet one but anyway I enjoyed a lot!!!!

I think best tour since 2005 summer one

Since I saw them in 2009, the sound and the setlist have improved greatly. I hope More and Kiss the Carpet stay in the setlist forever.

I think it's the best tour since (but not as good as) the original "Summer" tour 1998, which will never be beaten.

To be honest though, it hasn't happened that much in all those years.
Top

One regret though : it ended way too soon.

unfortunately i only got to see the opening night, but if all the rest were as good, which I believe they were, then it should have been a fantastic affair!
i dont exist when you dont see me
Top

To quote one of HL-ers I met in Budapest
"Bloody Brilliant"
Lord, what can the harvest hope for, if not for the care of the reaper man.
Top

Only saw Budapest, but that was a trip most fantastic. Brilliant shows.
Top

I saw the 2 Bruxelles, Tilburg, Esch & Paris.
Really a great tour, the best for me since 1998 (Bruxelles was incredible) with Von in very good mood and a good sound.
I'm happy the setlist changed every night and John in Tilburg was a great moment.
Happy Eva who make all the dates...
Top

Fantastic. Saw them 2x in Leeds, and yesterday doctoravalanche's videos of the Paris gig online...

... I'm amazed that the longer the tour went on, the better they sounded. Maybe it was just the sound mix and coincidence, but OMG, Eldritch's voice!!!
I'm afraid I got a crush on that voice again

In Leeds I had a bit of the feeling that Eldritch was in a nonverbal way communicating "silly buggers, I don't know why you are putting me on a pedestal" but judging from the videos, their stage presence got more and more playful and I think in the Paris videos, you can see Eldritch doing the Travolta pose and during one song almost ripping his shirt. The glam!!!

And Catalyst and Christo - I didn't understand that line-up before. All I saw was very very bad snippets on Youtube, and when they played my town I completely missed it, because there was no advertising at all. Plus you would see quite vile comments online like "the Sisters at the end of their career". So, overall, it made me a bit sad to think about the Sisters.
Past and forgotten - they are fierce.

If I can catch up with them again later this year I will definitely go, and also recommend going to my friends. I think that's the test of how good you think a band really is live. At least I like to think that I'm so objective that I can distinguish between music only I enjoy, cause it's an acquired taste, or stuff that others would like too.

(triple-A when Eldritch lays off the fluorescent polyester shirts

But he so much likes to p*ss you off !

Sita wrote: And Catalyst and Christo - I didn't understand that line-up before. All I saw was very very bad snippets on Youtube, and when they played my town I completely missed it, because there was no advertising at all. Plus you would see quite vile comments online like "the Sisters at the end of their career". So, overall, it made me a bit sad to think about the Sisters.
Past and forgotten - they are fierce.

I've always liked Catalyst, but it took me a while to warm up to Ben Christo. I think his playing was a little too heavy-metal for my tastes initially, but each tour he seems better, and I've really enjoyed his playing on the recordings of this tour.
The most successful tyranny is not the one that uses force to assure uniformity but the one that removes the awareness of other possibilities, that makes it seem inconceivable that other ways are viable, that removes the sense that there is an outside.
Top 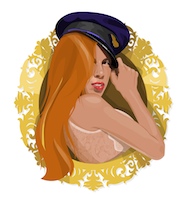 (triple-A when Eldritch lays off the fluorescent polyester shirts

I'm with you on this one! God, I hate that shirt.. 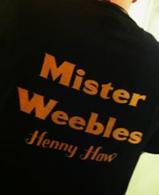 What I like most about this tour is that they're becoming a band again. Si is finally getting his place and is the 4th Sister on stage. I love that

If you ask me I'd say they're actually having fun nowadays

Also great to see the changing setlists, the new covers and the other extras (the postcards, the posters, Kiss The Carpet, ...) and sound seemed to be pretty good during the whole tour.

Well I loved everything, the glittering ball, the fire eaters, the filmic delights, the songs before and after the gigs, the songs during the gigs, the choice of venues, the lack of press photographers in between the band and audience, and the fact that the lead singer was so generous with showing us some of his finest posing.

I'm already thinking hard about my finances because I'll need some new money for July. 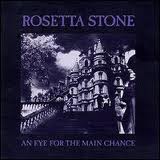 They have been improving year on year from the absolute low point that was the Silver Bullet tour,indeed I genuinely feel sorry for anyone that only saw them in 2006.This tour the band have been on top form,from night to night,and as has been mentioned previously,they are a proper band again rather than just Von and a couple of hired hands.
"I've seen Andrew Eldritch in an ice hockey shirt onstage, and I've given him the benefit of the doubt"
Tom G Warrior of Celtic Frost 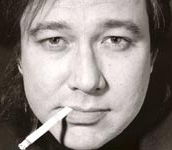 Thought 2009 was good, but that was a longer tour. I think they benefited form the length of this tour and EVERY show mattered.

Great setlists, changing every night. Band in a gret mood, enjoying themselves.

i saw leeds, leeds, berlin and paris and i'm glad with it.
poor we can't make brussels

but thanks god that paris was such speciall as leeds (same good? better? i don't know, kill me. different anyway).
let's forget about berlin, which was just normal sisters gig without fireworks, and you've got dream-tour

thanks for that and keep on rocking boys 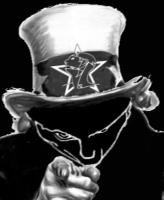 I went to both Leeds gigs plus Berlin and I liked all gigs so yeah - it's a classy tour if you ask me. Afterwards I wish I would have seen more shows like Brussel or Paris but unfortunately this would have become too pricey for me.
http://www.jansommer.net
http://www.poison-door.net
Top

Obviousman wrote:I liked it enough to be looking into travel arrangements for Sonicsphere right now

Obviousman wrote:I liked it enough to be looking into travel arrangements for Sonicsphere right now

Yeah it added an interesting new aspect to holidaying in Norway, kinda close to Helsinki, in July

went to leeds x 2 & then paris, so we book-ended the tour, and the gigs were the most consistently amazing sisters gigs i've ever been to. superb

Ultra extremely enjoyable. Did Brussels, Tilburg & Esch. 2nd night Brussels & Tilburg were my favourites. What an excellent band they are. Listening to some of the recordings on YT gives me the goose bumps again.

), cards, Chris jumping about, fire eaters, John and the moves (faint), the orange scarf and even the much hated yellow shirt

And last but not least all the wonderful people I have met.