Mantineia wrote:more pictures and a review (in Greek) here:

http://thodorismarkou.com/blog/2015/12/ ... usic-hall/
"Music is there to enrich your life and make you aware of things in a slightly different way."
Top 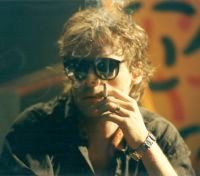 I found some more photos here:

https://translate.google.hu/translate?h ... 1500033914
"Music is there to enrich your life and make you aware of things in a slightly different way."
Top

Silence is platinum wrote: They didn't rehearse much as they had some major f**k ups confusing lyrics and music.

Rocking.gr review with some good pics. (google translator maybe necessary for the non-Greeks 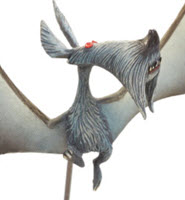 Sorry it's so clunky.... cut and pasted directly from Google translate
I hear the roar of the big machineÂ»; Sorry , Andrew, but we have not heard anyone roar

Let us leave aside how great is Andrew Eldritch, or if the concerts of Sisters Of Mecry all these years maintain their myth or destroy. Each fan has pull his conclusion. The charges in 2006 Sporting, 2009 in Piraeus. Put in '97 in Rockwave. Yet the Gazi Hall tigkare with 2,500 people. The effect of Andrew keeps still. And now the place seemed perfect ...

The evening opened the Mani Deum with Â«infected folk 'n' rollÂ» them, as they say themselves. Giving base in excellent latest album, "When Beauty Ends" (six of the eight songs), there were very strong.

Dressed in black, their sound is primitive rock and elegiac, but with orchestrations that to win immediately. Their lyrics speak of our "today," so yes, I am pessimistic. After 40 minutes, you discover a band that likes the dark, does not look for a "catchy" beat to win the audience. But if you like, for example, the Cave, The Madrugada, what are you waiting for?

Setlist: Summer Ocean Death / Roses In An Endless Field / Every Kiss Is A Carcrash / Love Like Berlin / Bloodbath In E Minor / My Fears Are Birds / The Storm Is Coming / They Murdered Your Youth.

At 22:30 ... the dry ice and the smoke appeared. Through strobelights the 56-year-old Andrew and the two lads on guitars. By air form, glasses, shirt showing light green with light, began with the "More" and "Ribbons".

I was on the balcony , " face " to the speakers , and able to see how the square was ... real . The sound is very low , you could talk to your neighbor whisper and hear you ! " We can not be made ..." I said, but nothing . You can not play the "Alice" and if nothing was wrong . Ok, watch in reverence your favorite artist, but damn it , get a little . Yet , there was an explanation.

The Eldritch however well performed songs were constantly ahead, not bored , otherwise. There polymilise course, in the end bowed and rather meant. The songs were " petsokommena " in their majority , which is already known . The square got life in "Lucretia My Reflection" ( attributed although different, but with concert thinking, unlike other ) and "Vision Thing".

H, for years, alternative and rock songs approach removes much of what we know of the Sisters. For example, "Flood II" did not approach the magic , but hanging up , they knew . A missed opportunity to have a good time , an appearance that will go into oblivion. In wells with viewers in different positions , the conclusion was the same. Iche , how much lower will you go ?
Top

Nice, thanks for the links ...


@EmmaPeelWannaBe
It's funny how you picked the worst of all reviews to have it translated here ...

Being645 wrote:
@EmmaPeelWannaBe
It's funny how you picked the worst of all reviews to have it translated here ...

I actually posted it because of the picsâ€¦ and I just realized later that it was not the best review. It was rather hard to make any sense of it because the way google translator translated it to my native language was barely understandable.
"Music is there to enrich your life and make you aware of things in a slightly different way."
Top

Rock Hard review is wrong about the words of AE and makes wrong impressions...
He Said
AE: We are from Leeds! You are welcome... You are not (welcome) (pointing someone)
9:48 9:49 to 10:00
Goth Waffles! The best known Waffles! Now you can make'em at home with this recipe ...
"Someday! Someday, everything you need, is just gonna fall out of the sky..." -A.E. Reading 1991
Top

Being645 wrote:
@EmmaPeelWannaBe
It's funny how you picked the worst of all reviews to have it translated here ...

I actually posted it because of the picsâ€¦ and I just realized later that it was not the best review. It was rather hard to make any sense of it because the way google translator translated it to my native language was barely understandable.

... the pictures there are quite nice, nonetheless ... so thank you for posting ...

Nice, thanks for the links ...


@EmmaPeelWannaBe
It's funny how you picked the worst of all reviews to have it translated here ...

With a voice that reminds ntalikeri and discography of THE SISTERS OF MERCY playing from morning to repeat, here dear reader will read the impressions of a type that came with suspicion and came out with a smirk and wet from sweat. Having seen SISTERS (so they will read from now on the text for the sake of brevity) and three times in Athens and one overseas, I did not expect in the least what they would experience in the otherwise hunky dory bouzouki joint Gazi Music Hall. This is my truth.

Knowing the ropes and peculiarities at the site that hosted the concert, namely low stage and low sound in the pit, I slipped as fast as I could on the balcony of, I got together with my friends a beautiful breakfast bar, we sat comfortably under the strong ventilation and we started the first drink to quench the heat of impatience. Certainly later invaded and others on the balcony, which I guess due to the fact that probably was sold out in hand so, for safety reasons, was allowed entry and the remaining in this nest. And what some say wryly that fans go near the tent, they hear RINGS.

As the world and filled the balcony and under tropical conditions prevailing on stage went our compatriots MANI DEUM. For those who do not know is yesterday. They are already on their quiver two full length one EP, have given countless concerts and have built a remarkable profile. This good image they further strengthened front of 3,000+ eyes interpreting two songs from their debut work ("Roses in an endless field", "Love like Berlin") and half songs from last year's "When beauty ends" (the inaugural "Summer ocean death", "Every kiss is a carcrash", "Bloodbath in E minor", "My fears are birds", "The storm is coming" and farewell "They murdered your youth". They describe their music Folk & Roll, I describe it dark rock, anyway But the warm voices of Pericles and Manos singing alternately, the well-tuned acoustic and electric guitars and special theremin Panos tinged songs, they won only positive impressions and showed that there did not go only to fill up the thankless role of the band support.

And we go to the main course. The smoke filled the stage and without any time delay, at 22.30 dan, the main Eldritch, Catalyst, Cristo (and the operator of Doctor Avalanche) were emerging with "More". The excitement huge, and so is the apotheosis of the public, but the first mistake by Andrew with some verses worried about possible dÃ©jÃ  vu of the evening at Sporting. Fortunately these concerns disappeared soon after with another song from the "Vision thing", the "Ribbons", which was interpreted faithfully the original performance and my first agriofonares began to come out.

The sequel has reserved some chills ("Body electric" and "Alice '93"), some less desirable songs ("Doctor Jeep / Detonation boulevard" fortunately medley) and two unreleased songs from this damn album that are still waiting ("Crash and burn "," Arms "). The two guitarists properly doing their job, the operator of the drum machine (sorry, the Doctor Avalanche) jumping from joy, and the Eldritch himself and almost identical to the one we are used to in recent years the non discography. Distant, phlegmatic ("we are from Leeds, you are not") - wandered from one end of the stage to another, he had apparently good mood with you own style , dressed in sport outfit, having quit ( but not a single cigarette? ) and above all gave the maximum of any possibilities has.

And this in its capabilities figured somewhere in the middle of the concert in "No time to cry". Andrew's voice began to break, but those stocks had handed them to offer us a range of favorite SISTERS standards. From the known unreleased "Summer" in the soup of the homonymous "Vision thing", the extra thrill of "Flood II" (I told you "Floodland" is one of my three favorite albums of all time?) Sto tweaked, early "Valentine". Even if some executions were not close to the original, the warm applause almost immediately restored their SISTERS immediately on stage for the first encore.

And there came the absolute highlight of the evening, the "Something fast", one of the most dramatic songs they have written and to which I almost get to the juices. And that if I am not mistaken had many years to integrate into their setlist. Beyond the two encore that closed the concert jumped the "Lucretia my reflection" (lost and from there some lyrics), some of the "Temple of love '93" (without the Ofra), the eponymous ypertragoudara from " First and last and always ", the apotheosis of" Dominion / Mother Russia "and the grand finale of" This corrosion" which saw up moshpit (!!!) to the public.

It was perfect concert? Clearly not. There were little mistake from the three forefront are neither necessarily touching the authentic. Such requirement but I would have 30 years ago that existed in the equation and Hussey/ Adams/ Marx. I had a good time; I spent about 100 minutes PERFECT. Awoke believer in me, as he had first heard them, I did not pay any attention to the order of songs (although I forgot to mention some excuse me), but they put me in good plugged in to see again their time abroad.

Speaking course with friends and acquaintances, those few and heroic who are active members of the domestic goth scene, I realized that there is a diametrically opposite view of the sound sucks, the suffocating atmosphere of crap stage presence (true that the thought when on stage there was thick smoke ?) up and playback. I do none of this have not noticed.

... the pictures there are quite nice, nonetheless ... so thank you for posting ...

The gig seems to have been an important music press news in Greece. Here is another one with very good pics.

http://www.i-jukebox.gr/live-reviews/it ... all-athens
"Music is there to enrich your life and make you aware of things in a slightly different way."
Top

It was written in October but I think it's a pretty good interview. (There is nothing new in it but it was good to read.)


http://www.rockoverdose.gr/news_details.php?id=41177
"Music is there to enrich your life and make you aware of things in a slightly different way."
Top

Eventually managed to finish the page for this gig ... some more wonderful videos added ...

Of course, one can hear

's throat literally falling back ill ... but hell, apart from that - great vocals ...

best heard for years ... and also the schepper in some of the tracks ... makes the guitars and the whole drive sound better ... wonderful ...

Hah, I'm so looking forward to March now that I've listened to those videos again ...