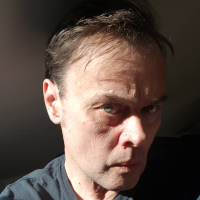 Thank you!
NEW: Artwork, and lots of it
Top

czuczu wrote: Now, if only he rehearsed the words..

Yes, how hard could it be? Everything else seems so well rehearsed and I just wish he would put a little effort in memorizing the words.. for the songs he's been singing for 30 years..

Other than that, looks and sounds great. Glad he's not wearing that hoodie and that lime t-shirt.. it actually makes a difference.

kinda sad/funny/weird how waynes songs get all played yet all we hear from the second side is falaa and amphetamine logic.
especially if one takes into account the way eldritch comments on waynes contribution and his dislike for it.
shrug.
Top

I did wonder if he is making an effort to reclaim some of those songs as Wayne has been increasingly chatty about them recently.
It's either that or running out of back catalogue to plunder. Happy to hear them, either way!
@stuczu
Top

panzerfaust wrote:kinda sad/funny/weird how waynes songs get all played yet all we hear from the second side is falaa and amphetamine logic.
especially if one takes into account the way eldritch comments on waynes contribution and his dislike for it.
shrug.

i have never once heard or read of eldritch disliking wayne's musical or songwritng contributions. his lyrics, yes. his vocals, yes. but not what you're saying.
"...a right hand is a horrible thing to lose..."

so: when is someone going to be generous enough to share a recording of this?

eastmidswhizzkid wrote:those fans who have merely been a tad disillusioned of late rather than jaded will find much to love about their fave beat-combo.

btw: the visual presentation was fabulous. it's taken looking at these youtube videos to bring that to the front of my mind as i was actually completely blown away by last night.

Yep on both counts, the yt vids and audio recording bleed Sisters, I think Kiss sounds staggeringly on point (which apparently it wasn't?), Rumble is glorious and that bloody lightshow looks amazing. In between mouthfuls of humble pie, all I can say is Long Live The Sisters

Chaotican wrote:If anyone doesn't think that was fantastic, then they are the problem. (Or altered states really should be mandatory.)
I'll make this long-winded later, but it was really stepped up. 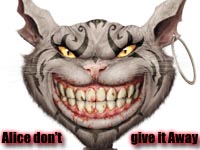 czuczu wrote:I did wonder if he is making an effort to reclaim some of those songs as Wayne has been increasingly chatty about them recently.
It's either that or running out of back catalogue to plunder. Happy to hear them, either way!

oh for you lot You could be the one...

Nothing new to say here, but Iâ€™ll say it anyway.
I really enjoyed this show. After not really noticing too much change on Friday and just having fun, I focused a lot more on what was going. Right from the start of More Eldritch was noticeably actually singing, perhaps quieter but certainly more effectively. Listen to those first few seconds, hopefully youâ€™ll see what I mean. Right the way through though it was stepped back a bit (in a good way) from the yelps and snarls for the sake of it, and was much better for it.

You could say the same for the whole arrangements too. It seemed there was a bit more space around, even a bit more subtlety, and again to my mind all the better for it. Exception to this was Logic. I never liked the speeded up version anyway and this could really have benefited from a pause for breath.

So â€“ the smoke and mirrors. I have never seen less smoke at an indoor gig and to my surprise it worked. I can take or leave the mirrors, for me they look a bit cheap, but the lights themselves were great.

And we have a â€œnewâ€� crowd favourite sing along in Walk Away. I may have misheard Eldritch after the band thanked us saying â€œI never quite got that myselfâ€� or similar, but he does seem genuinely bemused by how into it everyone gets!

Weâ€™ll see how it goes tonight â€“ Iâ€™m off to Brussels this afternoon.
2019 - London London Brussels Brussels Stockholm Paris Utrecht
2020 - Leeds & Nottingham, so far anyway. And Frankfurt. And Manchester with huge thanks to Gothicbiff

Loved the party vibe Saturday nite &#128526; Brilliant crowd & set, thanks for the clips/photos! My liver is broken, and my knees hurt, but it was all worth it. Have fun at the next shows - you're in for a few treats on current form!

I had a great time. Thought they sound great too. The one thing... and I know it'll never happen but a live bass would sound even better. When Ben played it on Romeo Down it was just... right. I'll be back next time.
blood instead of rain...
Top

My two pennies worth...

I actually enjoyed the first night more than the second. Maybe because i was running on adrenaline with a delayed flight that meant i did not get to the venue until 20.00. Not there was anything wrong with the second night.

The sound was the usual fantastic for this superb venue. Wish there were more bands i liked that played there.

I think we have found a new crowd anthem in Walk Away. I could not believe they played it and the reaction was mind blowing. Body and Soul was probably a bigger shock but very, very welcome.

Thanks to Therapy and their fans who added to a wonderful weekend.
"The ghost of war, the painted whore, dial up one nine one four - it's a far parade." TSOM 2009
Top

ruffers wrote:
And we have a â€œnewâ€� crowd favourite sing along in Walk Away. I may have misheard Eldritch after the band thanked us saying â€œI never quite got that myselfâ€� or similar, but he does seem genuinely bemused by how into it everyone gets!


I just checked this. "Well done you, cos I really don't get this!"

Mothra
Utterly Bastard Groovy Amphetamine Filth
Posts: 559
Joined: 16 May 2006, 14:03
Location: looking for the can in the candy store

Were any Heartlanders attending with the guy in the fluorescent orange t-shirt who came staggering through the audience during Flood? He appeared to have lost all use of his legs, and came through to us as people parted like the red sea! He crashed into my wife, at which point I grabbed his arm and tried to keep him steady, which turned into more of a m*****n than I thought it would be.

He was completely gone, I kept hold of his arms and led him out to the back but it was like carrying a dead weight, he has no control over the lower half of his body. Eventually someone at the back stepped into lend a hand - thanks if you're reading this! We got him as far as the bar and got a slow barman who was more interested in pouring pints (I guess that's his job, but still) to call for medics. I had to go back three times and ask if he'd done it before they showed up

All very odd, he didn't seem drunk, more spaced out, on his own and not really looking like your average Sisters fan. Thankfully no drinks were spilled.

FWIW, I enjoyed the gig, but for the first time in the dozen or so times I've been to see them, thought that a radical setlist overhaul would be good. But they are sounding better than they have in years.
Top 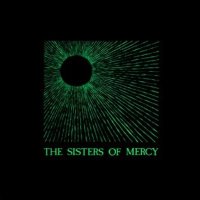 That was my second time seeing The Sisters, and the first since The Forum '09. Funnily enough the setlist was mostly identical to that last gig, but with the addition of some very nice suprises like Walk Away (!!!), Something Fast and my big favourite Body & Soul.

I know the usual mixed opinions always come up, indeed I caught a few expected "won't be seeing them again" mumblings on my way out but whatever, I thought it was excellent! I had a great time going mad to some of my favourite songs and remembering just why I loved this band so much in the first place. I actually completely forgot the show was even happening and payed extra for a last minute ticket. It was fully worth it! I would say better than The Forum '09 though I don't remember too well. I did think Andrew seems to be making a lot more effort with his singing and showmanship compared to a lot of footage I've seen of some shows from the last decade or so. The Roundhouse is an ideal venue for The Sisters IMO.

^ Poster above, the spangled individual you're referring to went careening right into me at one point. What a special case! Hope he wasn't too messed up.
Top

Not really reviews, but a summary of the first 2 shows with some video clips
Cheers.
Steve
Just like the old days
TheCureCommunity

Pretty much. Slicing is a pretty lazy blog, although their copy/paste skills are quite something

Pretty much. Slicing is a pretty lazy blog, although their copy/paste skills are quite something

Tripadvisor for the definitive(!) reviews: 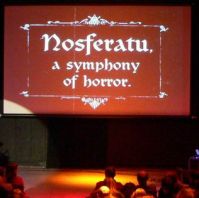 Wouldn't imagine that Dominion could be so powerful in these days... So that another fragment and another big pleasure to meet anybody met...
https://youtu.be/XtazD8cyFgI
Right On Venom And Revenge
Top

And a little video contribution from me dedicated to all members of our small community.

Something Fast and Lucretia and a little of ToL