Yeah, they were only off for a few minutes, judging by Pista's tweets

... and the set can be follwed on the Heartland Forum's Twitter page from here ...

I applaud your fast editing skills

Ribbons
Doctor Jeep/ Detonation Boulevard
Crash & Burn
No time to cry
Walk away
Body & Soul
Marian
Alice
Arms
Dominion/ Mother Russia
Summer
First and last and always
Rumble
Flood II
Something Fast
... so they're now heading to a break and then into the encores ... hah ... silence for a moment ... relaxation ...
Top

I posted all the set on twitter real time with loads of photos .check heartland's twitter.
Won't be home until late, but go ahead and stick email here (you might need to resize them)
I periscopes some of temple on my own twitter. Dunno if it came out.
More on events tomorrow.
Beer time now

Pista wrote:I posted all the set on twitter real time with loads of photos .check heartland's twitter.
Won't be home until late, but go ahead and stick email here (you might need to resize them)
I periscopes some of temple on my own twitter. Dunno if it came out.
More on events tomorrow.
Beer time now

Thank you for the instant twitter updates and photos!

Hope you had a groovy time - enjoy your beer(s)!

Thank you for on spot twitts

As the band specifically requested that no pics and vids should be taken so both my pics and the only vid were made in stealth mode.

I can post the pics in the evening because they need editing due to the large size..but here is a prewiev: https://youtu.be/B7qECYtpAdA
"Music is there to enrich your life and make you aware of things in a slightly different way."
Top

I didn't actually catch the memo about no pics or videos. I don't take many anyhow, but I won't share the two or three that I snapped, then.

Of all the locations announced on the tour, I was most excited about visiting Budapest. Exhusband#2 chased a Hungarian girl for 20 years before we met and I'd heard many details about the city and even have a bottle of Unicom at home. Add to that the amazing venue; I am thrilled to have been there. I am, however, indeed nursing a cracked rib from Warsaw, which is a bit of a distraction.

The venue was small and intimate. It appears to have a restaurant on the top level. You go down stairs to get to the stage area, at the bottom of the boat I assume. There are no windows or ways to view the sea and there is no rocking, so the boat feel is subtle in the stage area. Just a small space, no front barrier, and good bars. Fantastic place.

The Membranes put on a hell of a show, again. CDs were flying afterwards.

The Sisters came on stage and played all or most of More, and then Andrew said something along the lines of it only sounding good to three people and to himself, so they were going to fix things and return. They returned and re-started with More.

It was another well-done performance and all the more immersive because of the tight space. You could feel the vibration from the amp and the heat from the lights if you were close enough, which I was.

And there was a film going at the same time. Is there always? I've never seen it before. I liked checking it throughout the songs. It complimented the music.

For the first few songs, nothing hurt, but sometime around Crash and Burn, pain became a factor for me and dominated the rest of the evening. It was a fantastic show and I'm sure I'll distill the memories competently.

ToL was a standout. "It's all about to go green."

This is a really excellent video

And thanks Chaotican for the review as always, take care of your ribs

Thanks for the updates!
2019 - London London Brussels Brussels Stockholm Paris Utrecht
2020 - Leeds & Nottingham, so far anyway. And Frankfurt. And Manchester with huge thanks to Gothicbiff

Thank you all for the first reviews ...

A basic page is done with some early vids ...
Top

Iâ€™ve employed my â€œGame Of Thronesâ€� approach to the tour this year & deliberately avoided any audio & video spoilers as I wanted to make my own mind up on the experience.
Iâ€™ve read good & bad things this year regarding the sound, but Iâ€™ve seen all The Sistersâ€™ shows on the A38 & the sound has always been superb.
On they came & it was a huge heart-sink moment as they started More & the volume was akin to a DAB radio playing behind the barâ€¦.on the other deck.
By all accounts, it seemed to be only coming from the fold back & not the PA. The band realised this pretty quickly but continued in the hope that the tech guys would press the right button eventually. At one point almost the entire audience was facing the soundboard screaming abuse & whistling.
After the restart it took about a minute until everything was blasting from where it should have been, but the whole thing seemed to throw them off a bit & it wasnâ€™t really until C&B that they really got back into their groove (IMHO).
The oldies were a delight to hear after so long &, from where I was, Walk Away produced a sea of goth arm waving & sky grabbing & afterwards Von uttered a congratulatory, â€œWell done peopleâ€�.
Ben & Chris are doing a grand job on supporting vocals. I use that word instead of backing as the years have taken their toll on our Andrew, but he did manage some real power for Flood II & Alice.
Rumble was awesome & Chris absolutely shredded that guitar solo like a proper rock god.
Revolver sounds almost as if it was written for the band & the arrangement really suits the current format I think.
Stand out of the night though (as Chaotican I think mentioned) was Temple Of Love. I think everybody on the A38 was singing along & it absolutely blew the top deck off. Although, a goose-bump inducing moment was the sharp intake of breath between the FALAA intro & it exploding into the song. The stage went to white-out for a split second & the band were perfect silhouettes that almost stood still in time.
Stage-wise, the A38 has a very low ceiling, so the mirrors weren't used. The smoke was more sparse than previous shows I've seen, but it was lit very very well.
The Sisters like playing on the ship & Itâ€™s certainly one of my favourite venues &, as a parting shot, Von declared, â€œWe love the boatâ€�.
Was nice to see Back In Time & Scardy. Was hoping to bump into (not literally) Chaotican too, but sorry Sarah, despite my reliance on your twitter profile pic I couldnâ€™t track you down to say hello

Right now I need to tend to Iggy & Polly as they are demanding attention. 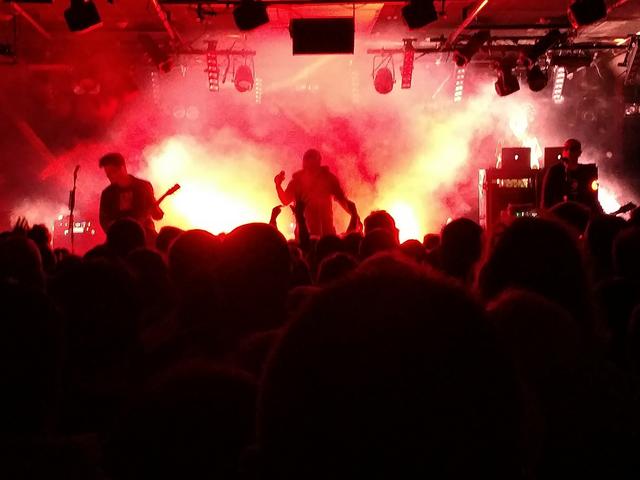 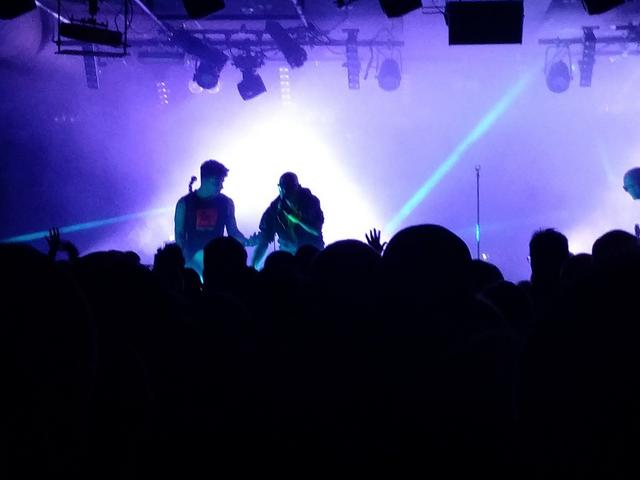 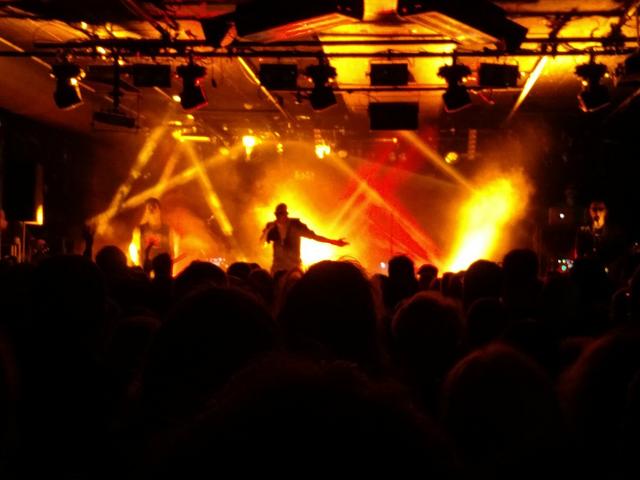 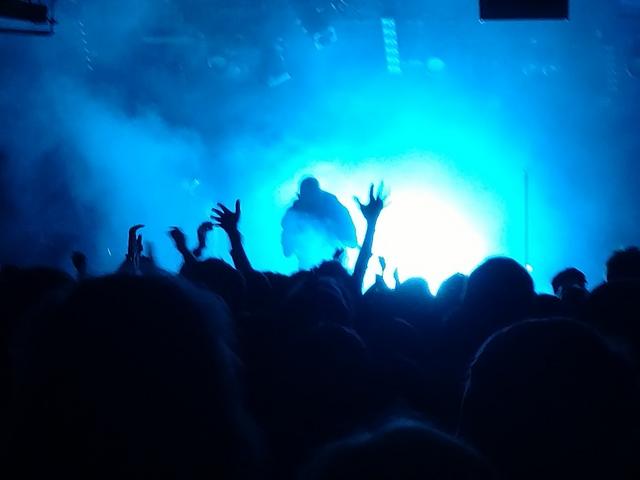 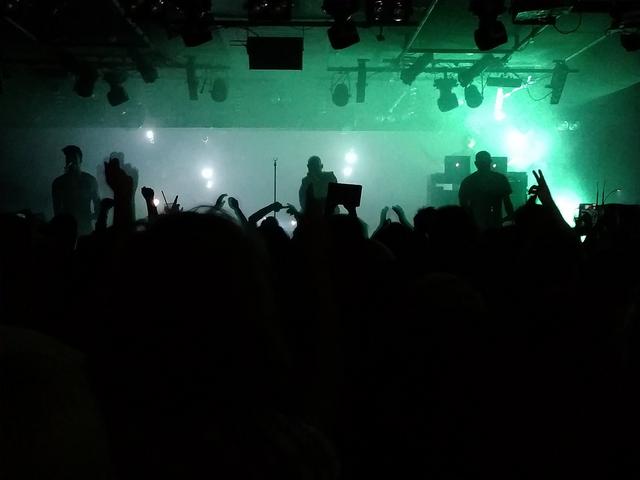 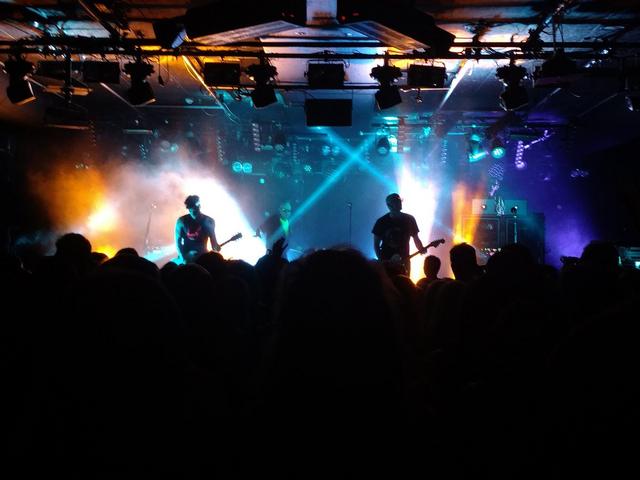 Not the best quality admittedly, but I was getting buffeted by people anxious to get to the front or the bar .
Last edited by Pista on 01 Mar 2019, 15:30, edited 1 time in total.
Cheers.
Steve
Just like the old days
TheCureCommunity Thank you for sharing!

And thanks to Pista and Chaotician for the great reviews, this place sounds amazing!

Agreed! They could release that as a promo, it captures everything that's glorious about The Sisters Of Mercy in 2017

Thanks for sharing Joy

Pista wrote:Was hoping to bump into (not literally) Chaotican too, but sorry Sarah, despite my reliance on your twitter profile pic I couldnâ€™t track you down to say hello

Fantastic review, Steve! It would have been great to say hello and I'm sorry it didn't happen. You'll just have to come to the next US tour.

Although my Sisters gigs experience is limited, need to say that A38 is the best place I've visited. No barrier, low stage, hell, you feel ... everything.

Especially nice to meet Pista and Simon, some nice memories there
Lord, what can the harvest hope for, if not for the care of the reaper man.
Top

...and here are my additional pics in smaller size. Great, really, really great. Did notice you filming.
Lord, what can the harvest hope for, if not for the care of the reaper man.
Top

Being645 wrote:Thank you all for the first reviews ...

A basic page is done with some early vids ...

Thank you!! It is always an honour to see my vids on Sisters Wiki.

"Music is there to enrich your life and make you aware of things in a slightly different way."
Top
Locked
59 posts