Have you established a good reputation at HL and got some Sisters stuff to sell or trade with the community? Or are you searching for that elusive ultra rare live bootleg from 1988? Ever had a bad experience with a trader on Ebay? Let us all know here. Outdated threads will be purged over time.

Warning: Newcomers posting here first will be treated like spammers. At least have the courtesy to say hello in General Chat first...
Post Reply
20 posts • Page 1 of 1

1)Who were the Phantom twins, they seemed to have access to the sisters stuff, some remixes demos and above all "wide receiver" was brought to us by them

2) What happened to "reverberation across the nation" boot (Rome 85)
why was this never released?

3)Does anyone own one of their legendary postcards?

They were Andrew, right?
Top

as with all things sisters, there are a few versions of the truth with this. i can only tell you the one i know... it may or may not be 100% accurate

one of the "twins" was a guy (called dave i think), who ran BAD record shop in leeds

it is my understanding that he was friendly with various members of the sisters camp and obtained copies of various soundboard recordings etc from these people, some of whom engineered at the gigs or were mates of band members and had access to the band's personal archives.

dave: " i love the sisters! i wonder what a recording of that gig would have sounded like!"

a.n.other: "i have a soundboard that andy requested we do. if you let me have it back i can lend it to you..."

dave: "that would be great!"

dave gets tape, sends it off to italy for pressing (where s**t like that was legal), then hands the recording back.

like i say, thats only my understanding of it and is by no means the whole story... but a couple of people from the aforementioned "sisters camp" have described similar scenarios to me, and both are far from amused by it, and feel a little cheated.

potentially, this could be why eldritch professes to not like bootleggers...

At least the recordings were good quality.

I know two people who have my demo songs. Thankfully, I think they may have forgotten about them. But if they get out (apart from being secretly quite pleased), I'll know who did it.

i dont actually know much about about their back catalogue, and have never heard of "reverberation across the nation".

when was it supposed to be "released"?

was it by any chance the last recording they did(nt) release? maybe someone in the chain realised what was going on and stopped it

Reverberation... was to be released after the "silence is platinum" single box but was postponed, which makes it an early release. This according to the sleeve notes was a 50 copies only lp from Rome 85 along with a full discography as an insert.

What is weird though to what Quiff is mentioning is that an article about the Phantom twins was published in U T R with the headline "an island in a stream" ,cause of the good quality they releases always were.

was that definitely UTR though?

i rememberreading something about bootleg reviews in the heartland fanzine, where those ones received some praise for their quality etc, but i'm not familiar with all UTR editions...
What’s the difference between a buffalo and a bison?
Top

just been emailed scans of the Palazzograssi Christmas Card from an anonymous benefactor: 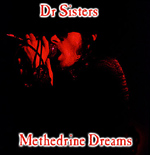 There is a vinyl bootleg called weÂ´re all aware of that or some such. available as both pic disc and sleeve bootleg. Incomplete show of course

Also availabe on cd as black planet bootleg.
Andrew Eldritch Dour Festival 1997: Yeah, We take any request... As much as we ever do.
Top 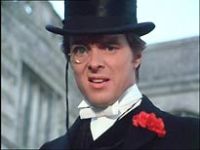 Drsisters wrote:There is a vinyl bootleg called weÂ´re all aware of that or some such. available as both pic disc and sleeve bootleg. Incomplete show of course

Bought it for about Â£12 in 1990 from Middlesbrough record fair. Good quality sound too!

Quiff Boy wrote:just been emailed scans of the Palazzograssi Christmas Card from an anonymous benefactor:

Only 25 in existance (at the time of making, many may have been thrown away after Xmas, or lost), and we got scans.

Was the Palazzograssi Rome boot supposed to be soundboard then, or one of the various sources that's already available?
Top 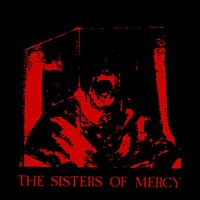 Did any of the test pressings surface? Be interesting to get a rip of Reverberation Across The Nation.
Top

andreww100 wrote:Did any of the test pressings surface? Be interesting to get a rip of Reverberation Across The Nation.

Check this page ... and a rip looks much closer than one might think ...

I see â€œsame masterâ€� used for Were All Aware Of That.

I was interested as someone had taken the time to register the test pressing at discogs. Plus you never know, the pressing might have been different quality wise. 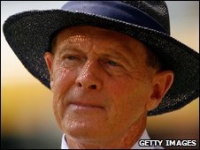 I see â€œsame masterâ€� used for Were All Aware Of That.

I was interested as someone had taken the time to register the test pressing at discogs. Plus you never know, the pressing might have been different quality wise.

the 50 were done as white labels on black vinyl ahead of the picture disc run - so were the first off the stampers, the same metalwork was used for the black vinyl Clean Sound reissue that came later.