Unknown songs and demos, who wrote what, who sang what, the usual biographies, discography gubbins, photos of Eldritch with no sunglasses, etc, etc, etc, yadda, yadda, yadda....
Post Reply
7 posts • Page 1 of 1

Hello, does anybody have this bootleg CD?

I have now created a page for it in the SistersWiki ... and there are some questions unclear ....
https://sisterswiki.org/Suffer_In_Vain

Are there really two cover versions?

And how about the origin of the recording?
https://sisterswiki.org/Suffer_In_Vain# ... d_setlists

Yep, I have that. The nun is on the same inlay, just on the back.
The recording is from Popular Creek I believe, but would need to check my notes.. will try to do so one of these days as I'm not at home today and won't be untill very late

Ah, thank you for the clarification about the cover ...

As to the recording, some sources mention Popular Creek but mostly it's just "Live Chicago 1991 like on the CD ...

Looking at the table, it seems way more likely that the main source is Riviera (5 April 1991) ... a Sisters only gig ...
as the songs were almost all played in the order of the CD there ... and only 1 track was not on the setlist.

So it is clear that some track(s) are taken from a second gig either way ...
But, yes ... only a listen to all the recordings (the CD, Riviera and Popular Creek) can clarify that ..

I have this on cassette, labelled as "Chicago 1991".
It's years ago since I did a comparison, but I've noted on my cassette that only Stop Draggin & This Corrosion are from Poplar Creek 12.7.91 and I listed the rest as being from "USA 4.91", probably because at the time I couldn't identify the rest of it.
So perhaps the rest of it is Chicago 5.4.91, like you've said.
Top

I checked my notes and I only had Stop Draggin' down as recorded in Popular Creek. During Body & Soul the good Doc broke down and I guess they needed some time to reanimate him. Eldritch then started the acapella Stop Draggin' My Heart Around. The only time he did that in 91 I believe.
I don't have that Chicago recording so can't check it, but Suffer in Vain might very well be that recording except for Stop Draggin' (and possible TC as dan said). The Suffer In Vain cd sounds like crap too btw...
in dub we trust
Top

Thank you both. I have now digged out my old harddrives and found recordings from both the gigs and also some Suffer In Vain data files
that were shared along dime some time ago ... the latter included a txt.file saying that apart from Stop Draggin' My Heart Around and This Corrosion
all other tracks were from Boston, Citi Club ... which I checked ... and FACT ... only the crowd noise is somewhat less on the bootleg CD ... but still ...


txt.file wrote: The Sisters Of Mercy - 'Suffer In Vain'

For a long time this silver bootleg has been labeled as Popular Creek Music Theater, Chicago, USA - 12 July 1991,
probably because of the inclusion of Stop Draggin' my Heart around, wich was only played in this concert during 1991,
a cappella.

The reason of this improvisational moment from Andrew Eldritch is the crash of Doktor Avalanche during Body and Soul
(wich was cut halfway). A lot of fans of the band had already noted that Body and Soul is complete in this bootleg,
so at least that song wasn't from the Chicago concert.

Since I'm not an expert on the post 1985 TSOM, I asked the assistance of Heartland Forum Meth to try to figure out wich songs
where from wich concert. He managed to solve the puzzle and also noted that the songs from the Chicago concert don't seem to
be from the same source as the complete recording of that concert that is in ciculation and has been shared here on DIME before
(by Cyberbio, I think). So maybe a second complete source of this concert exist.

Huge THANK YOU to Meth for helping figuring out the venues of the songs.


So that is finally resolved ...

.... with thanks to everybody, and of course to Meth and the uploader of that bootleg as welll ... 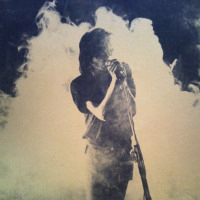 Yes, the above info is correct, the songs were ID'd for darkcircle a while back
Top
Post Reply
7 posts • Page 1 of 1