Got any interesting thoughts on a set of lyrics? Any that don't involve the word "indeed"? Find yourself struggling to decipher all those obtuse references Von makes? Read "1959 And All That" and still no clearer? Nope, us neither. Postcards found lying in a skip around the back of the Chemists can be found here... Don't say you weren't warned.
Post Reply
1 post • Page 1 of 1 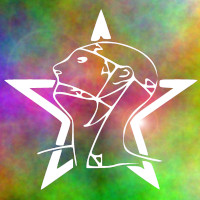 It's been 40 years folks, still no thread? The song now has an official release on Spotify and all...

I was listening to the (alleged) 16 Feb 1981 performance on YT here.
Thought I'd note down a couple minor differences from the version we know from the Peel session and more recent live performances.

- after the 3rd chorus they go back to the first verse, followed by the chorus that ends with The Scream. Padding out the set I suppose.
- the "still I see hear see do talk see" line appears in the 2nd and additional 4th chorus instead of just the last one.
- "a green and pleasant land" instead of "a green sea, a pleasant land"
- "see the buildings crumble and the empires fall" instead of "see the buildings crumble, see the empires fall"
- "I count the changes and I count the cost" instead of "count the changes, count the cost"
- the 3rd chorus ends with a trailing "anymore" - as in "nothing but the good things ... anymore"

Also at the start Von seems to mumble "Oxygen" where he would be introducing the song, but I guess that might well be a comment on the situation in the venue rather an alternate name.
in monochrome, but simulated
Top
Post Reply
1 post • Page 1 of 1