Does exactly what it says on the tin. Some of the nonsense contained herein may be very loosely related to The Sisters of Mercy, but I wouldn't bet your PayPal account on it. In keeping with the internet's general theme nothing written here should be taken as Gospel: over three quarters of it is utter gibberish, and most of the forum's denizens haven't spoken to another human being face-to-face for decades. Don't worry your pretty little heads about it. Above all else, remember this: You don't have to stay forever. I will understand.
Locked
9 posts • Page 1 of 1

Leicester 12:30 Man Utd Now this is a real test for both in their current circs. Leicester aren't as erratic as Utd, but have had some off days lately.
UK - BT Sport
Aston Villa 15:00 Crystal Palace Well obv Palace to win, but with a Mings clean sheet, ta
UK - BBC
Fulham 15:00 Southampton Southampton to win, unless they're too full
UK - Sky Sports
Arsenal 17:30 Chelsea Duck and cover if you support either team, really
UK - Sky Sports
Man City 20:00 Newcastle Will Newcastle pull one over on City?
UK - BT Sport
Sheffield Utd 20:00 Everton DCL hat trick in a draw
UK - BT Sport

First KO at 12.30. Meet in the Batcave for turkey sarnies*, mulled everything and some lovely biscuits sent by Great - Aunt Nora.

*Alternatives available, but I'm not putting the pudding in a sarnie.

Good luck with your Christmas everythings, whatever you're allowed to do, and we'll see you safe on the other side in Tier 4.

Em, Steve and Graham (not sure if they sent the kisses, tbh, but

)
I just can't keep living on dreams no more
Top

Arsenal are doomed aren't they?
The Hungarian fans are already calling them Szarsenal.
Cheers.
Steve
Just like the old days
TheCureCommunity

Fermandes with an assist. Hooray.
Fernandes gets a card. Boooo

Got Salad in for Mané this week & made him skipper & so of course Mané scores a goal
Cheers.
Steve
Just like the old days
TheCureCommunity 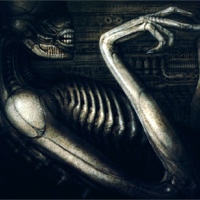 Brighton v Hammers yawn? Most entertaining game of the day

Oh, bum and arsewipe. I completely forgot to post these. Blame Boris. I have no idea what happened but Steve's probably posted them on the Shed noticeboard. I have catching up to do!

Big Shout Out belonged to Brian Munich with 79

And the Christmas Crown went to Grewelthorpe.